THANK YOU FOR SUBSCRIBING

Jason Lehman, President & CEO The city of Billings, Montana is often called “The Magic City.” It was the city’s rapid growth from a small railroad town into a flourishing trade center that solicited this nomenclature. Nestled in the heart of downtown Billings, the story of Meritage Technologies is not very different. Jason Lehman, the Founder of Meritage has steered the company through a rocky landscape, right from his basement eight years ago to the summit of the retail POS arena today. It was a time when the U.S. market was just beginning to return to normalcy after the financial crisis of 2007 and the restaurant industry was plunged into a nosedive. Having owned restaurants and nightclubs himself back then, Lehman precisely knew what was missing in the industry and what was needed to push the envelope when it comes to running a digitalized outlet. He decided that his service was required more behind the screens or the “kitchens” as he puts it.

Meritage Technologies has come a long way today, serving customers—primarily from the retail and hospitality industries—and helping them migrate their legacy POS curve. The challenge that is pushing the majority of vendors out of the market is the need to upgrade from legacy POS workflows to cloud-based systems and managed billing models. As early as in 2014, Lehman saw this wave of change coming, as the cloud had just begun to enter the market in full swing. “There were not many cloud-based products that were customized to be used in bars and restaurants,” he explains. “The solutions in the market were weak in development and inefficient to use.” To that end, Lehman along with his team of experts have sought to leverage their consulting skills to assist SMB retail stores and restaurants set up outlets that meet the demands of the millennial customer.

The problem with mid- or small-level customers who have five to six stores is that they don’t have the ability to manage data seamlessly, nor the opportunity to benefit from the feature set that large franchises enjoy. In-store online ordering kiosks, or self-checkout mobile apps are expensive to implement in a single-store franchise. Other VC-funded, dominating, hard-to-compete-with brands have such rich tools, and the smaller players in the industry need to hit them harder with more feature sets and be as loud as possible. This is what Meritage helps them realize and achieve. “Privately funded and credit card agnostic cloud-based POS systems are the answer; these allow retail merchants to save on their credit card processing fee, as they are solely built as channels to lower customer attrition,” Lehman says.

Cloud-based POS systems allow retail merchants to save on their credit card processing fee, as they are solely built as channels to lower attrition

Companies aren’t based on annual revenue growth anymore; instead, they measure performance according to their monthly revenue growth. This trend has helped Meritage bring strong cloud-based POS products aboard and decommission legacy software seamlessly for their clients who can benchmark and improve performances on the go. With the cloud’s flexible pricing model, Meritage’s customers easily access data, program their sites, and create reports, from anywhere outside the retail outlet. Especially in the state of Montana, where labor costs increase annually due to the minimum wage mandates—expected to rise from $8.15 in 2017 to $8.30 this year—retailers are trying to find a way to reduce labor. Meritage’s POS systems help clients migrate to the automated retail store without breaking the bank.

On the other hand, some retail merchants often prefer beginning with a certain set of cloud-based features along with their existing functionalities from proprietary software initially, to make the transition as smooth as possible. In such cases, “We spend a lot of time with our customers trying to figure out their precise requirements and then propose a system that supplies those solutions that are best for them,” Lehman explains. “This is important because we don’t just deploy a specific product; our well-trained sales teams analyze and ask relevant questions, before recommending a solution to our customers.”

Meritage handles installation, onsite training at the client location, and support, in their effort to ensure that when the client opens their doors for their customers, they wouldn’t have to worry about the technical aspects of their POS system. From MobileBytes to PixelPoint POS, and Idealpos, the Meritage team has many solutions handy for its customers. Based on their specific client requirements for functionalities like check splitting, self-ordering, kiosking, iPad-based POS, the company adds a layer of deep customization on top of the recommended product. The depth of customization extends to tailoring team graphics for client’s POS interface, and complete software building for specific KPI dashboards and client needs. To that end, Meritage’s in-house design teams ensure that the retailer gets a visually appealing software, with a complete tie in from frontend to data consolidation on the cloud for all software. 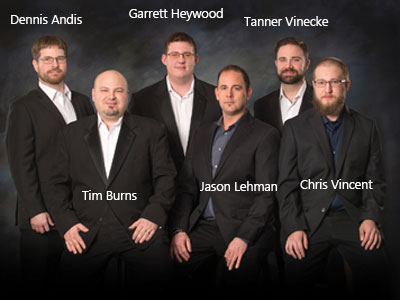 One of Meritage’s most remarkable recent projects was their engagement with Warrens Craft Burger that operates a chain of restaurants in Ogden, UT. The client had an unsavory experience working with their previous POS solution providers, and their latest provider after signing the deal a year back, had still not delivered the system. Many large POS VARS failed in the specific needs of Warrens. Their main struggle was to collate all their data in one location, POS to handle it, and a dealership capable of tying it all together. Meritage offered Warrens a full-enterprise proof of concept installation at one of their stores, where PixelPoint and QSR Automations were deployed for 45 days in their kitchen, for free. The client, who was impressed with the data consolidation and web-reporting capabilities, also reaped the benefits of a gift card program, loyalty integration, PCI-compliant firewall with breach protection, fully managed service antivirus, and tech support. In addition, Meritage was able to save over $30,000.00 annually in operating costs due to custom software and deeply lowered CC processing rates.

Meritage’s Success: Under the Hood

In the good books of many such retail merchants and restaurants from the west coast to the east, Lehman swears by the approach of ensuring client satisfaction and allowing them to maximize their margins. He attributes his strong business acumen and skills to the experiences he gained over the years, right from his earlier stint as a salesperson. It was here that he learned that the retail and hospitality business produces results based on a service-oriented drive than being sales-oriented. Lehman also has a foolproof motto that in part contributes to the overall success equation: “I take care of my employees; my employees take care of our clients, and our clients take care of our company’s bottom line.”

Meritage is all set to launch their new touchpoint in Salt Lake City, UT, shortly followed by an office in Denver. The company is also working with Food Services of America and credit card partnerships on project deployments across the U.S. The future of retail POS is all about building a scalable system that can be deployed wherever and whenever the merchant wants—be it on the cloud or on-site, or a hybrid of both. Lehman strongly believes that, by the end of 2018, legacy POS solutions will cross paths with cloud-based systems, when the market forks into choosing between two very similar solutions— cloud-based and legacy software—whose functionalities are the same. Not a far-off proposition, when that time comes, it will just be a matter of opting for a consultant who can promise the best dealership and who has salesmen who care about their clients. With the right concoction of expertise, customer relationship skills, and an emphasis on customer fulfillment, Meritage will remain in the sweet spot of the retail and hospitality industry.
- Chithra Vijayakumar
April 03, 2018
This content is copyright protected

However, if you would like to share the information in this article, you may use the link below: